As for such great country with military history Austro-Hungary produced only a few distinctive bayonets model. There had been an “ordnung” and not to much variety. For now, I omit socket bayonets. 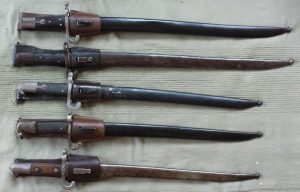 The last Austrian yatagan was model 1885 or 1886 for Mannlicher rifle. They were a bit lighter then Werdnls had similar blade and almost identical scabbard as Kropatschek yatagan mede by Steyr for Portugal. This bayonets are rare. They also had NCO variant. 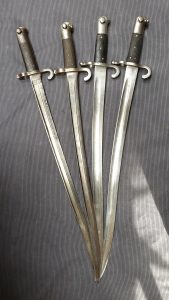 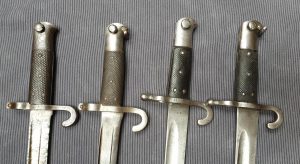