The begining of Serbian nationality can be traced to middle ages, but in 1540 it disappeared for almost 300 years under Osmanish (Turkey) occupation. The beginning of modern Serbia dated to early XIX century. Series of uppraisals led to partial independance from Turkey in 1815. Modern national country formed for 20 years – in 1835 Serbia proclaimed constitution. The next war with Turkey came n 1876, and in 1878 Berlin Congress acclaimed independance to Serbia and Montenegro, leaving the country in prolonged conflict with Austro -Hungary about Bosnia and other lands. In 1882 Serbia became a kingdom.

Killing of prince Ferdinand in Sarajewo in 1914 has been an excuse for Austro-Hungary to claim a war on Serbia, which started WWI. The conflict cost life of 58% of male population of the country. After the war Serbia and Montenegro became a core of new Kingdom of Yugoslavia.

The most widespread rifles, and thus also bayonets, used in the country were Koka-Milovanovic rifle (clone of Mauser 1871), Mannlicher 95 and Mauser 98 clones.

Koka Milanovovic were yatagan bayonets, generally manufactured in Solingen. In my observation quality of manufacture is various. There were 3 versions: M1880, M1884 for artillery carabine (both on the drawing) and M1880/07 or M1884/07 – shortened and used mainly by gendarmerie during and after WWI – this is on my picture below. 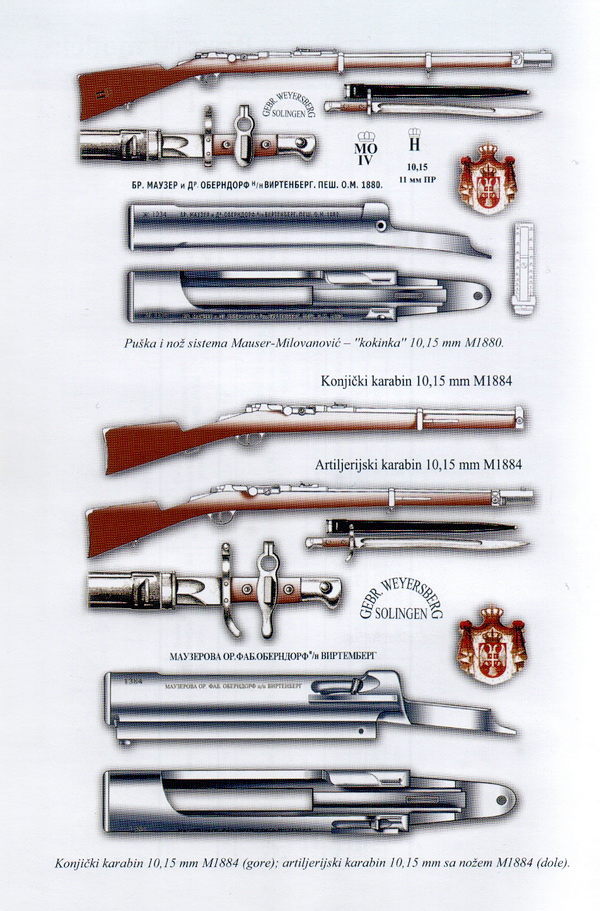 Then there was a variety of Mannlicher bayonets for M95. I have none of them but one can look at Dennis D.Ottobre site.

And then there is also a variety of Mauser 1998 manufactured in Serbia and later Yugoslavia, in many cases for export. Thanks to courtesy of Nebojša Milanović main examples are on the picture below. 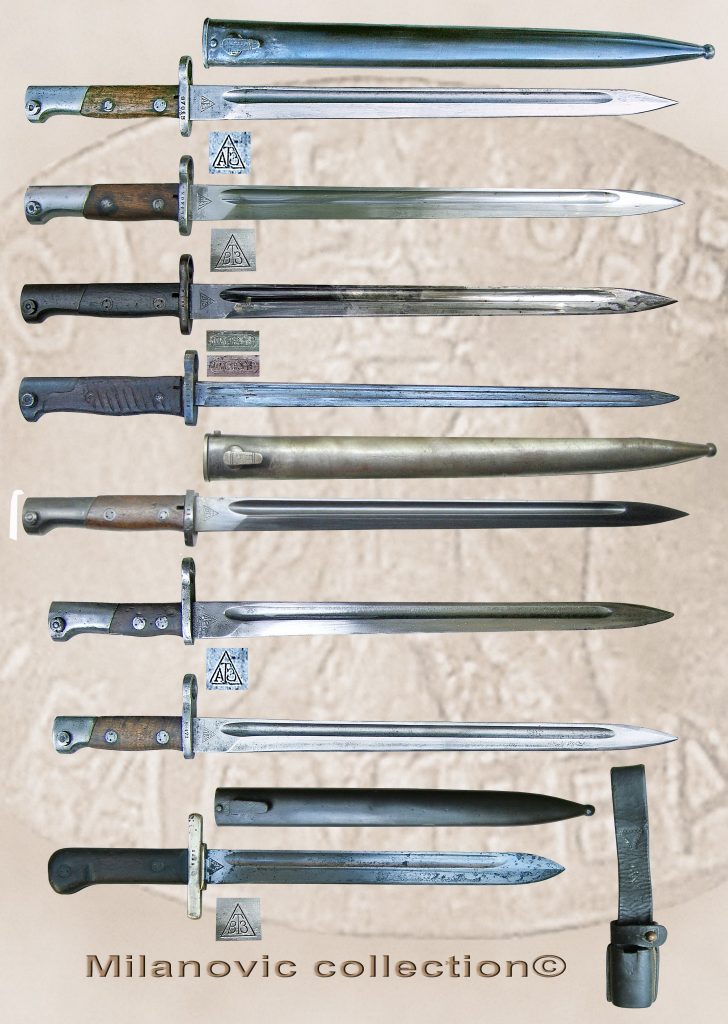